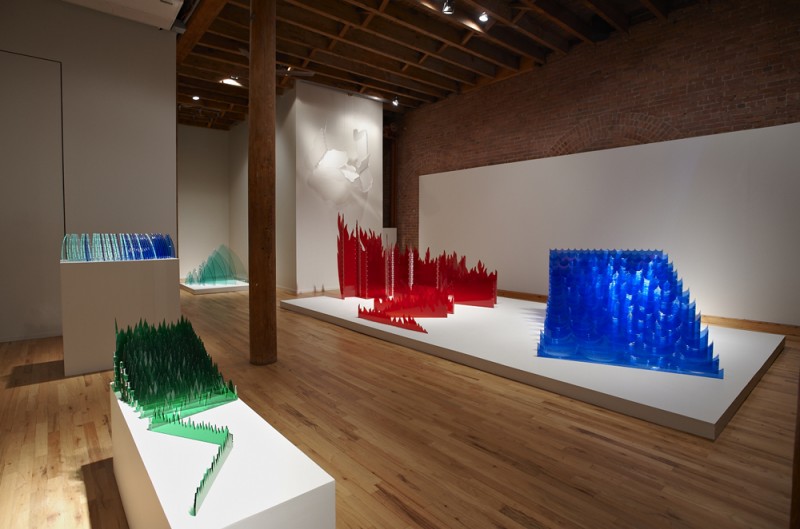 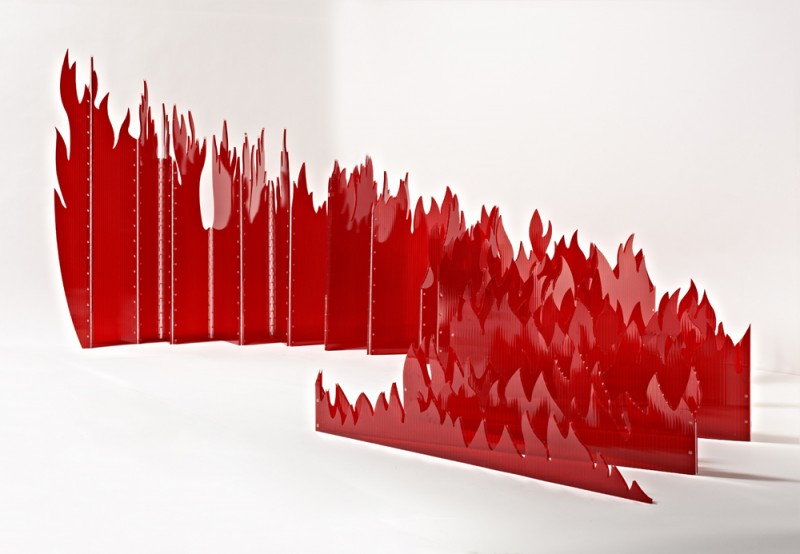 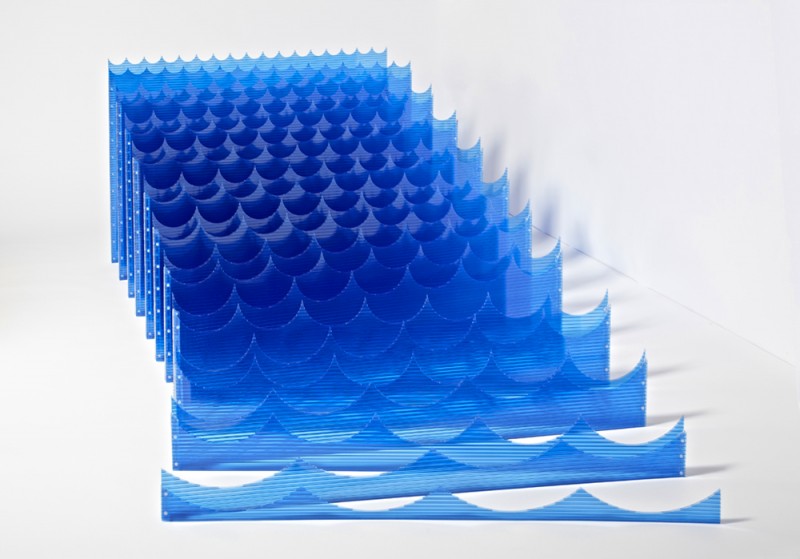 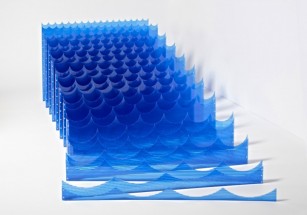 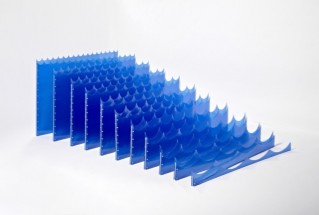 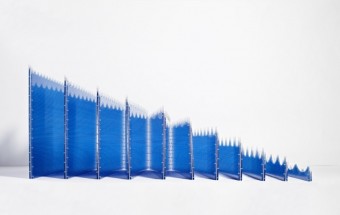 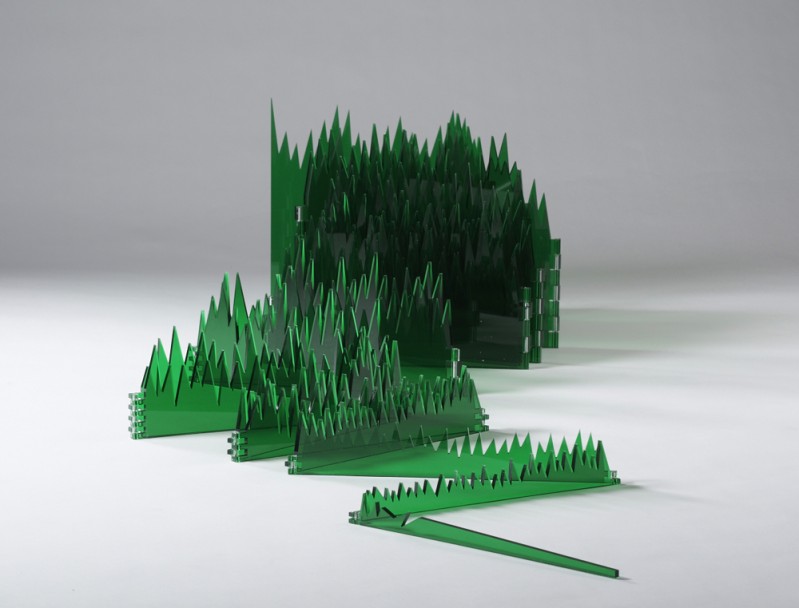 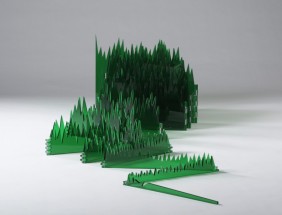 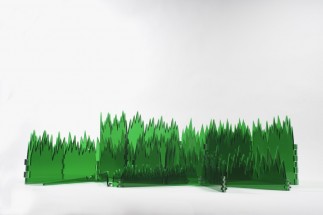 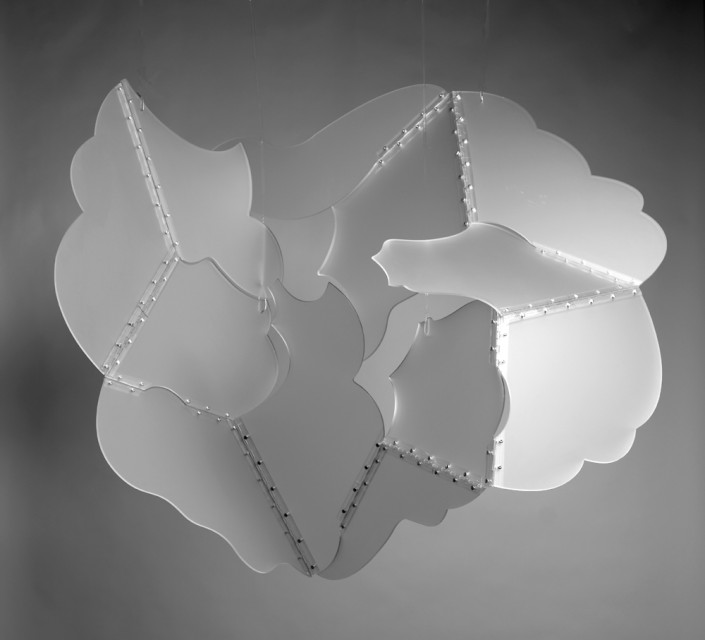 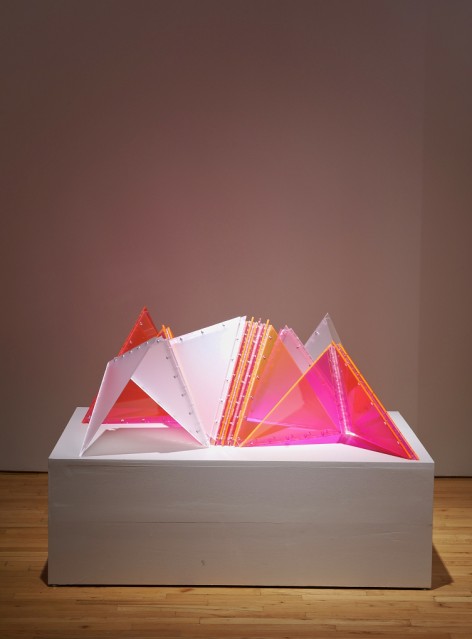 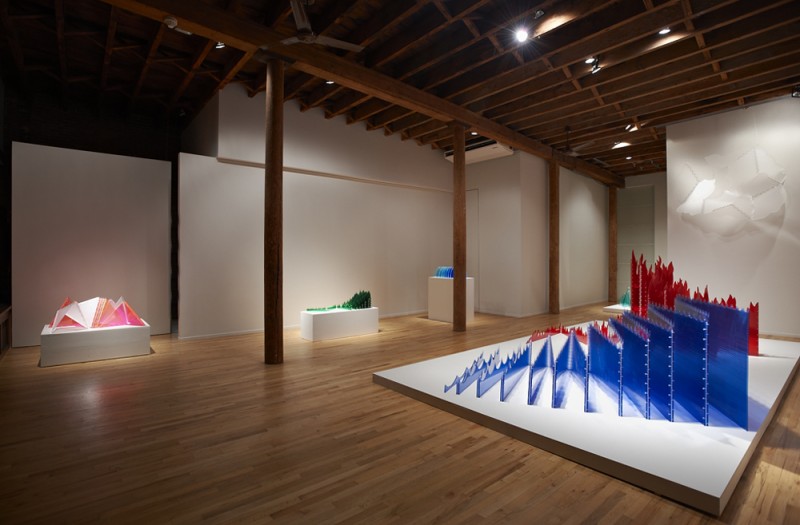 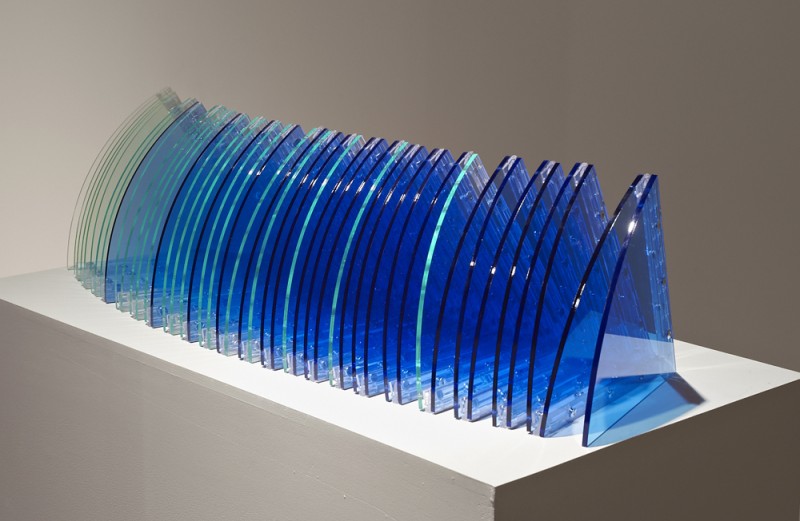 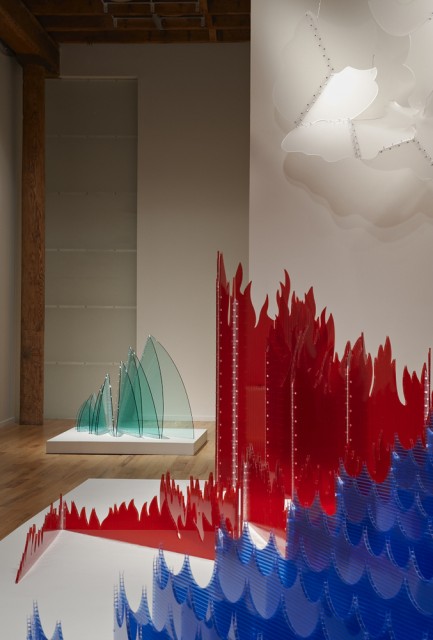 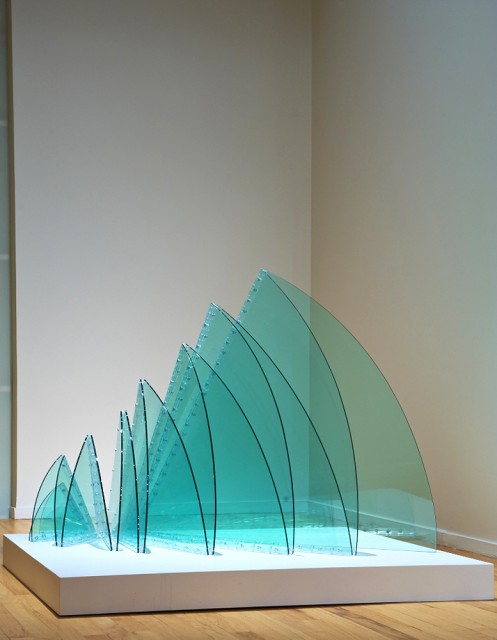 Cecilia de Torres, Ltd. is pleased to announce the exhibition of recent works by Marta Chilindron; this is her third solo show with the gallery.

Fire and Water, are large Polycarbonate constructions, made of hinged sheets of transparent material in bright colors. The planes of the sculpture are hinged allowing movement and a variety of configurations.

These new pieces are consistent with Chilindron’s long term fascination with the relationship of three-dimensional volume to the two-dimensional plane while evoking the essential quality of the natural element they represent. When Wateris displayed, the short segments are like the small waves that break on sandy shores. When it is folded it is like a chunk of ocean.

Since the beginning of her career, Chilindron has focused on issues of space, time, and perspective. In her early sculpture she altered the shape of basic furniture to reflect her point of view in relation to her body in real space. In those works she was dealing with objects of daily life and the centrality of the human body in relation to the surrounding domestic environment.

In her first solo show in the Gallery in 1997, Chilindron further explored the treatment of furniture by compressing the depth of the stylized shapes of a table, a chair and a sideboard made of white enameled wood, while leaving the height and width untouched.

Her first collapsible piece, made in 1998, was of a table and chair, cut out of Gatorboard that materialize in the third dimension when opened.

Cinema Kinesis was her first large moving work, commissioned by El Museo del Barrio in 1999, of a movie theatre that opened and collapsed powered by a motor. In 2000 she started working with transparent and color acrylics.

Chilindron was born in Argentina and raised in Uruguay, in 1969 she moved to New York where she received a BFA from the State University of New York. She was awarded a Pollock-Krasner Foundation Grant, the Anonymous Was a Woman prize, a Joan Mitchell Award, and a Civitella Ranieri Artist Residency in Umbria, Italy. Invited to participate in many group shows: Exit Art-New York, CIFO-Miami, MoLAA-Long Beach, Haus Konstruktif-Zurich; and solo shows in Doha, Quatar, Geneva, Miami, and Sâo Paulo. Her last public installation was for the Focus Lodz Biennal in Poland.