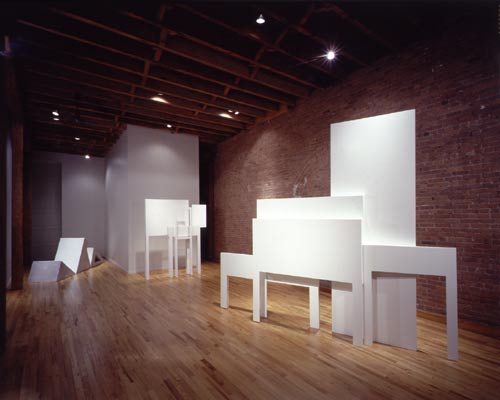 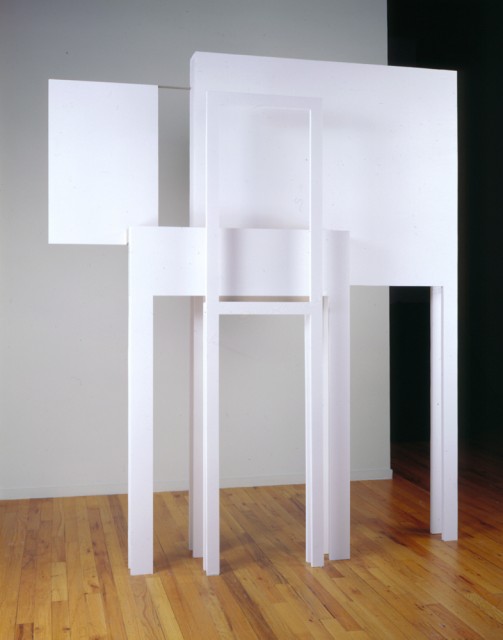 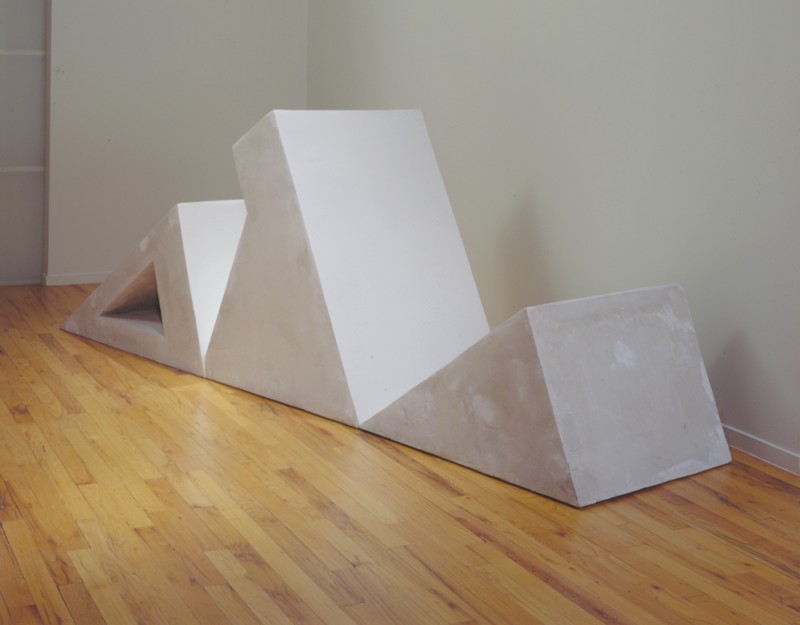 "...Chilindron is clearly interested in the volumetric relations between the components of each piece... the artist's spatial manipulations result in a strikingly poetic, Minimilist version of these commonplace objects... The show's title, "Dimensions," suggested the artist's strong focus on the reciprocity between perspectival renderings and sculpture. The viewer is constantly reminded that the act of seeing is equally retinal and conceptual." - Jonathan Goodman, Art in America, September, 1997

"Chilindron's work... alludes to the frontiers between two-dimensional flatness and three-dimensional spatiality. In this border zone it is not known if the objects are growing out of the plane and building themselves up, or if to the contrary, they move toward the plane, folding in upon themselves and disappearing. ...Chilindron returns flat representation to the world of real objects as a new object, freed from references. She is making concrete what is no more than an abstraction."  - Ana Tiscornia, Perverting the Specific Object, Atlantica Internacional Revista de los Artes, Winter, 1996