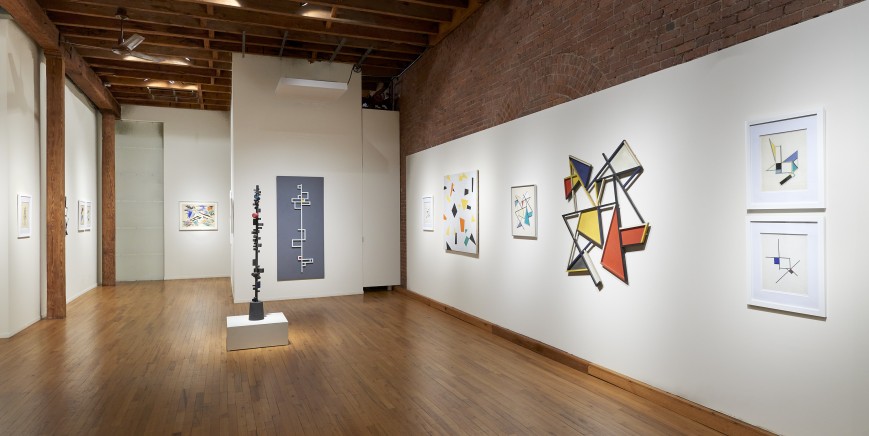 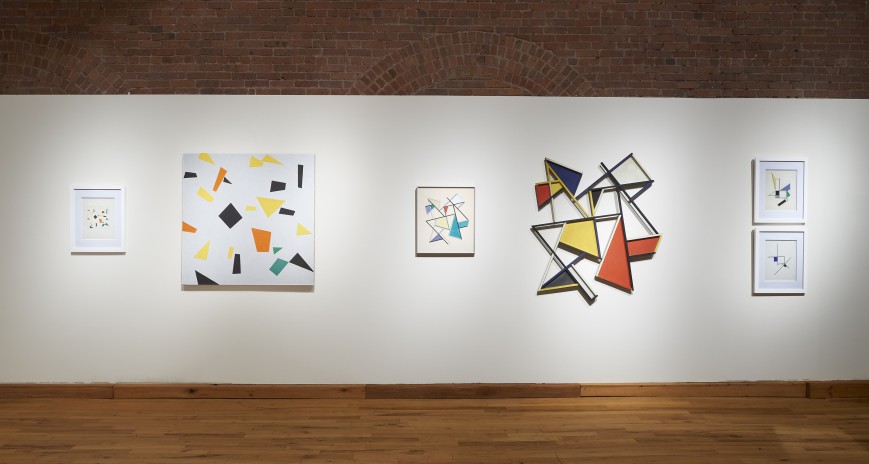 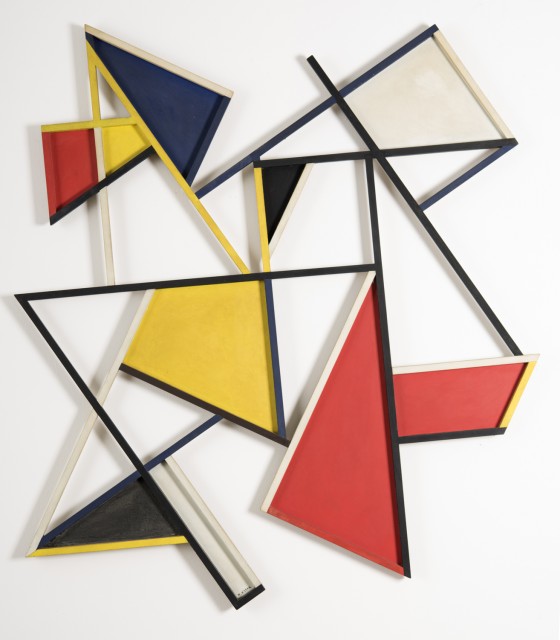 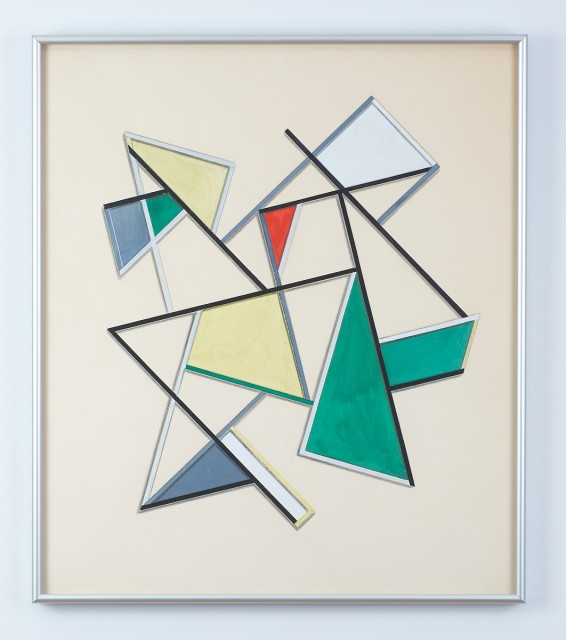 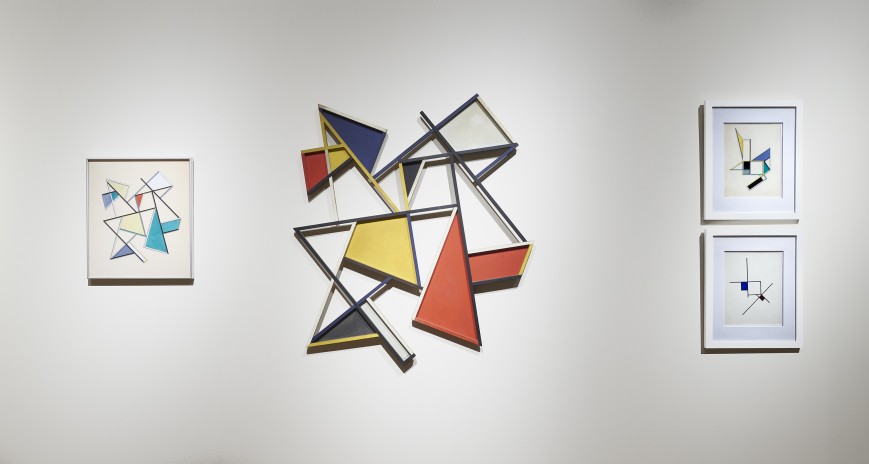 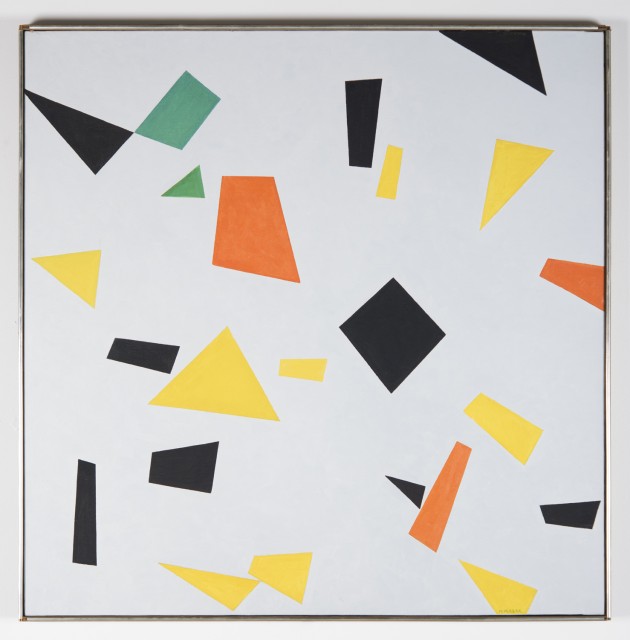 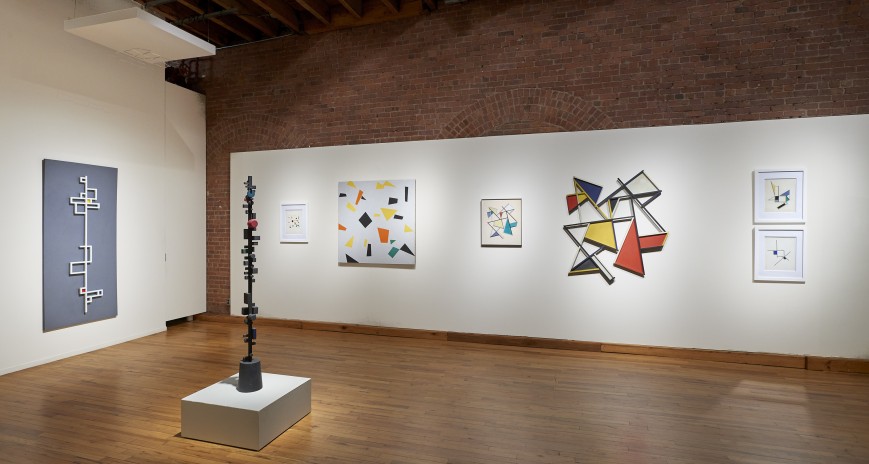 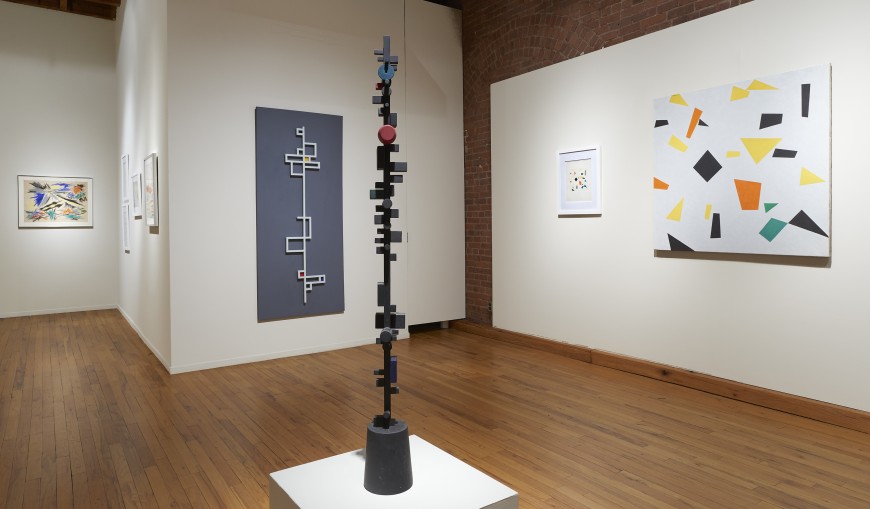 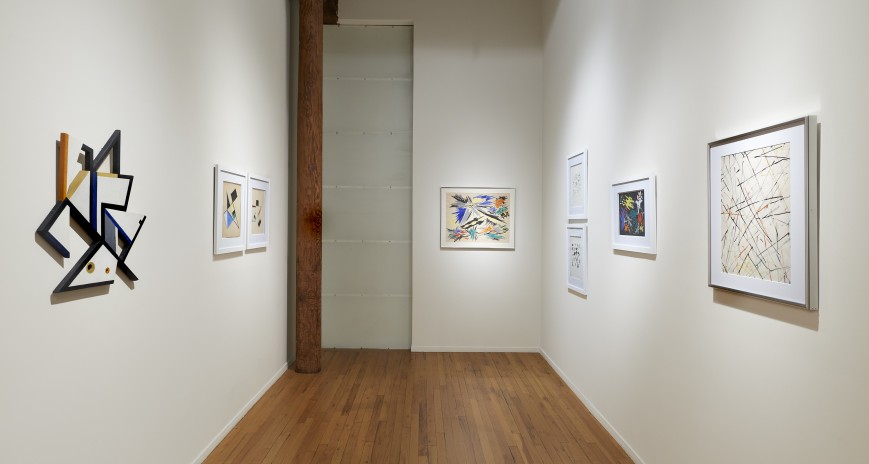 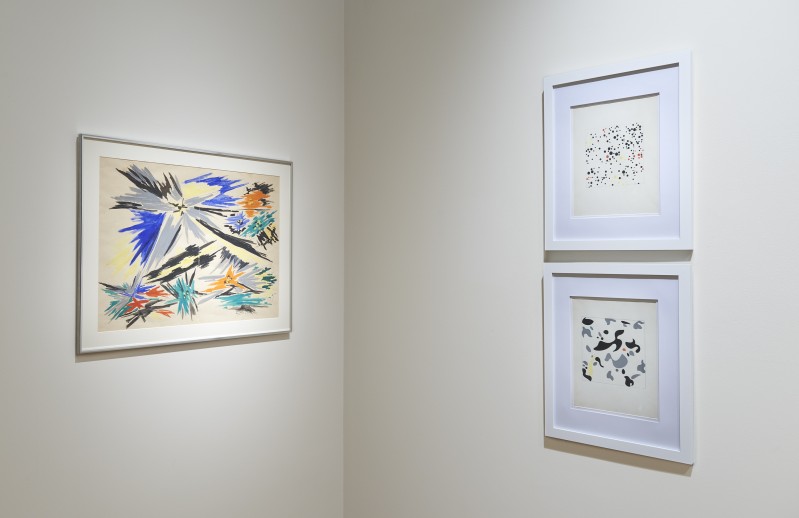 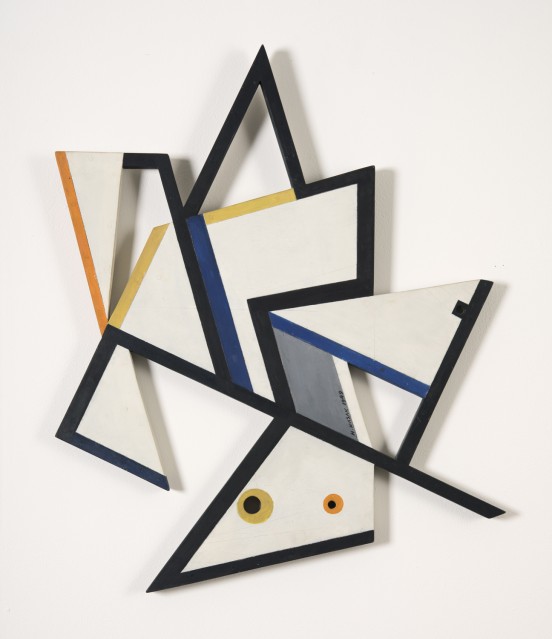 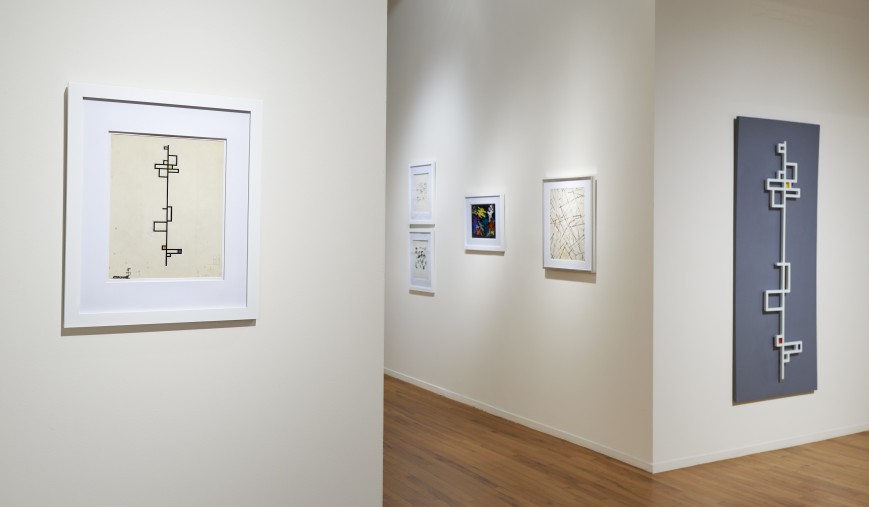 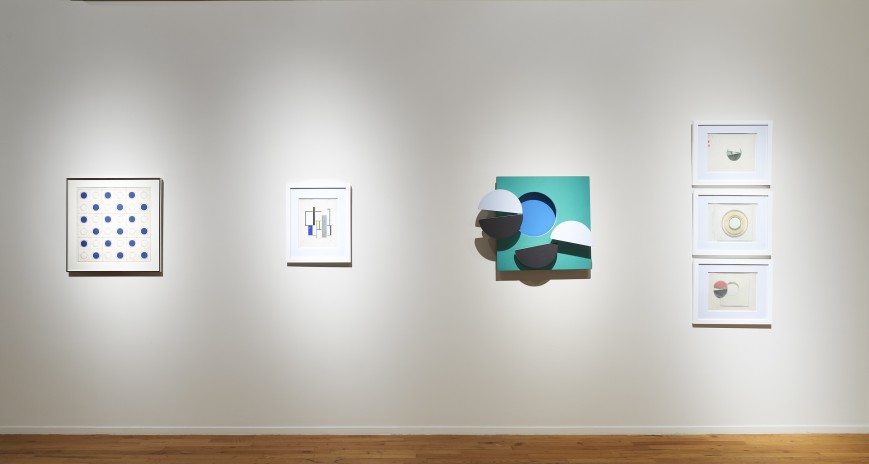 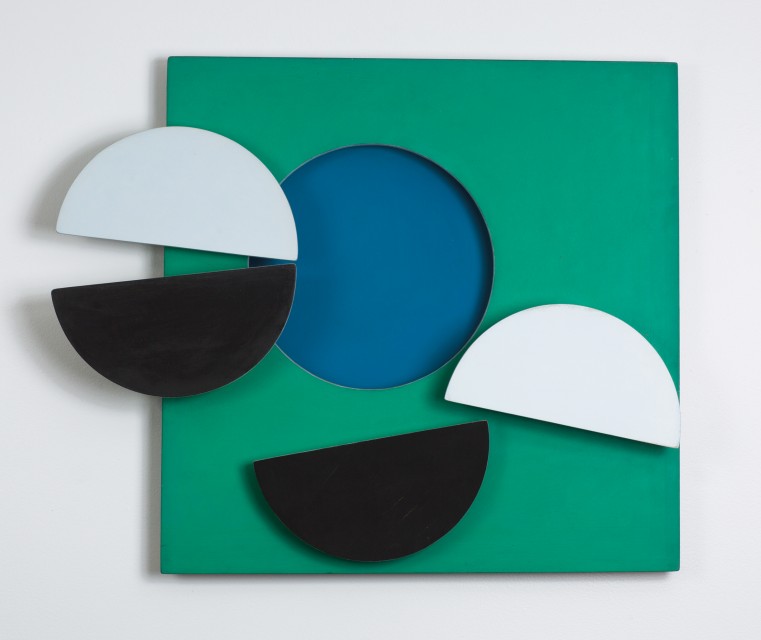 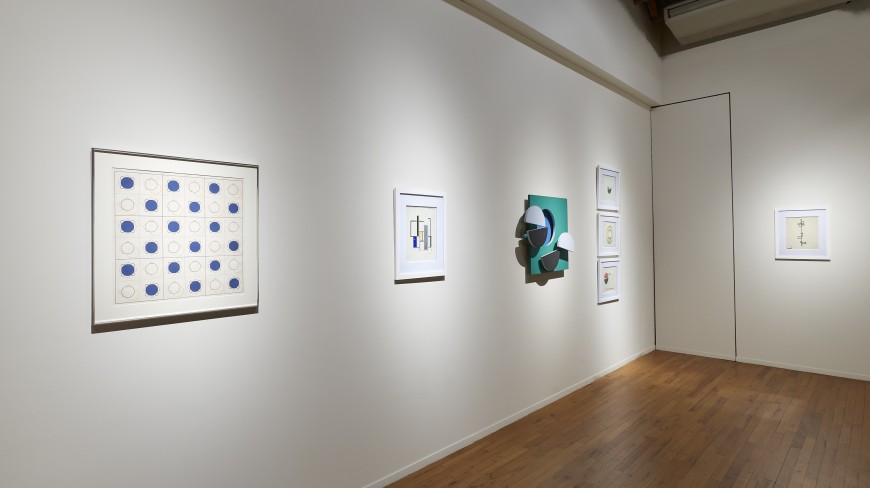 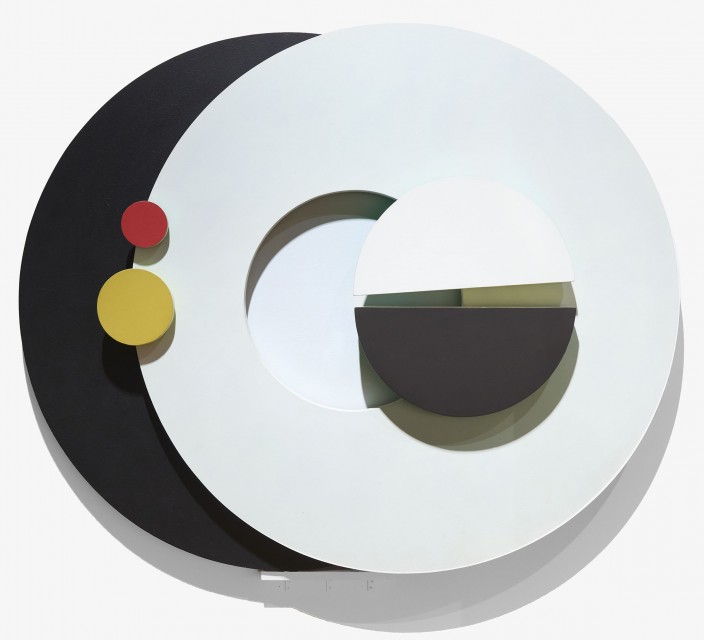 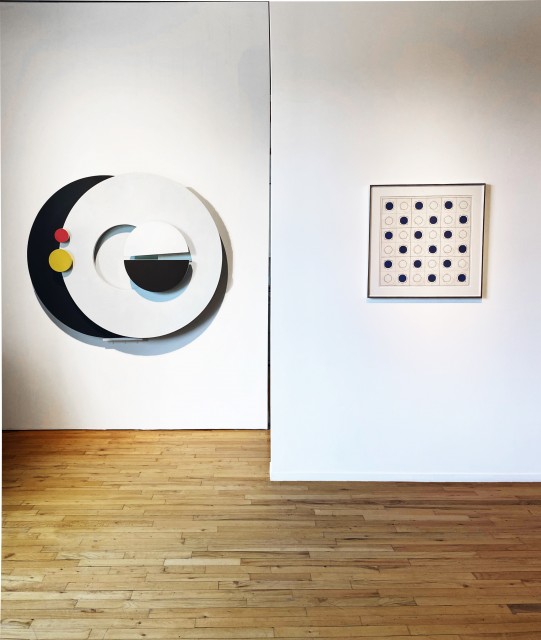 An artist of Belarusian descent, Nikolai Kasak originally considered joining a monastery and dedicating his life to religion. Instead, he pursued his formal training in art in the 1930s and 40s, receiving his undergraduate degree from Warsaw’s School of Fine and Applied Art, and continued his graduate studies at Vienna’s Academy of Fine Arts, and at Rome’s Academy of Fine Arts’ School for Advanced Studies.

While trained in the academic style of late 19th century Realism, Kasak was profoundly influenced by the artists of the De Stijl, Russian Constructivist, and Suprematist movements, shifting his focus from a figure-based aesthetic to pure abstraction. A concentration on form, formulaic compositions, and solid color shapes became the primary structural elements in his paintings, drawings, reliefs, and constructions.

After living in Rome and Florence from 1945 to 1950, Kasak immigrated to the United States in 1951. He first arrived in Dallas, TX, and subsequently moved to New York, where he would spend the remainder of his life.

During the 1950s and 60s, the artist became involved with the Argentine Madí movement, after an invitation from Gyula Kosice. Kasak’s work was shown in multiple exhibitions as part of the Grupo Madí, including: International Madí Art, held at Galería Bonino in Buenos Aires in 1957; International Madí, held at Galerie Denise René in Paris in 1960; and 15 years of Madí Art, held at the Museum of Modern Art of Buenos Aires in 1961.

Kasak wrote a number of theoretical essays regarding the importance of positive and negative space in his compositions. Two major works entitled Physical Art – Action of Positive and Negative (1945-46), and From Action to Dynamic Silence: The Art of Nikolai Kasak (1991), deal with his preoccupation with nothingness, and with the concept of the void.

Above all, for Kasak, a work of art is the articulation of a spiritual impulse. His use of the artifact as an instrument for transmitting the force and energy of spiritual knowledge has created a body of work that aims to illuminate both our aesthetic and spiritual sensibilities.

As stated by Kasak, “Physical Art reflects a free and deep human understanding of art and the working laws of the visible and invisible worlds. It is an intellectual and spiritual force… an original creative effort to parallel the fundamental organization of the cosmos with the unitary nature of divine reality.”