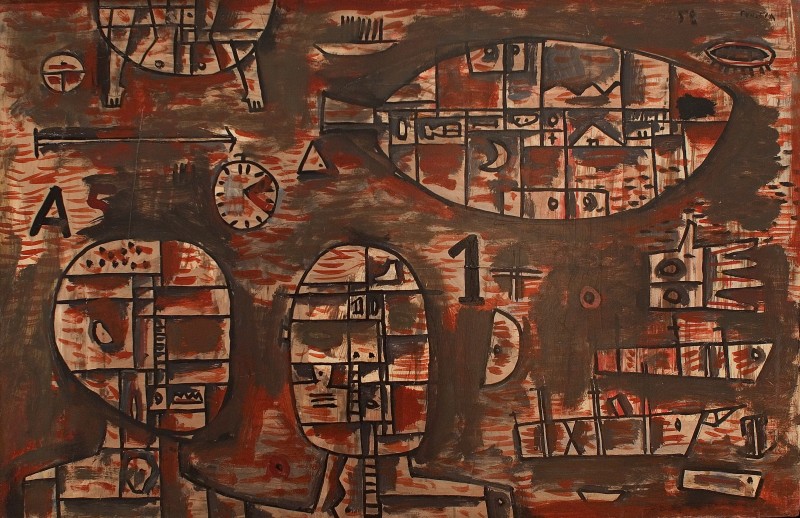 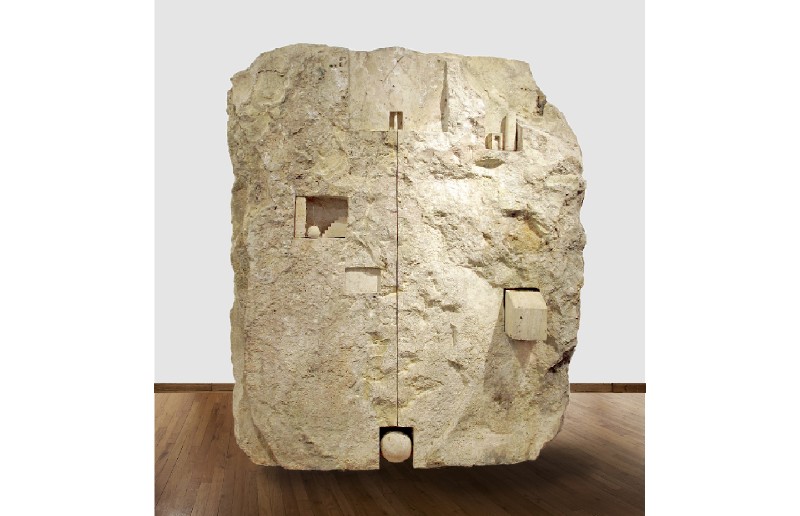 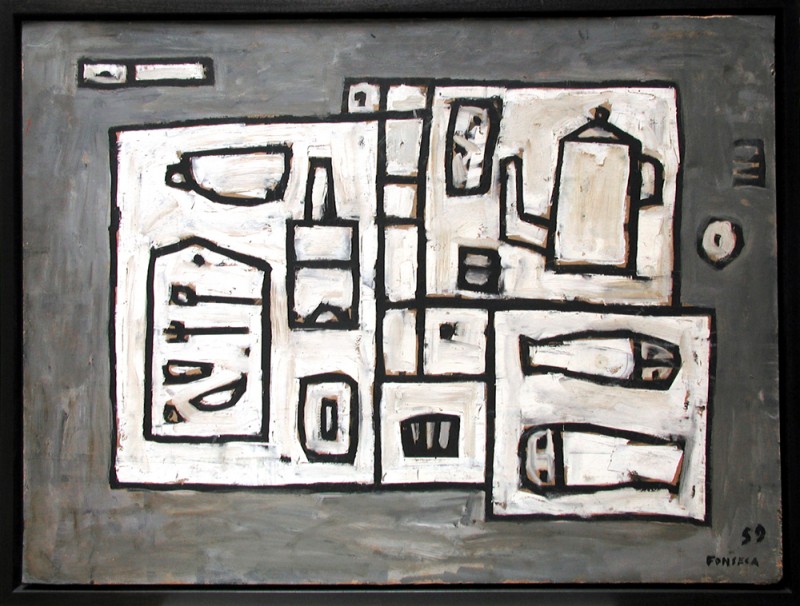 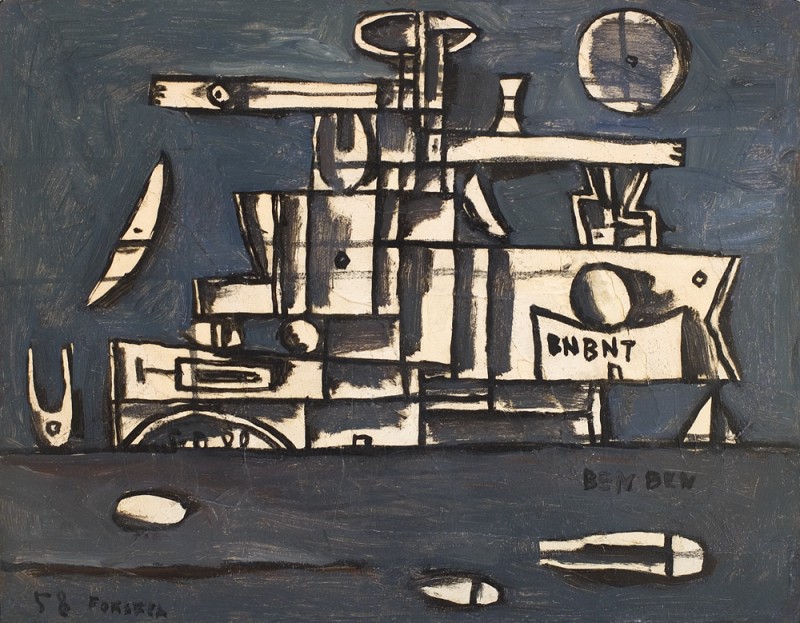 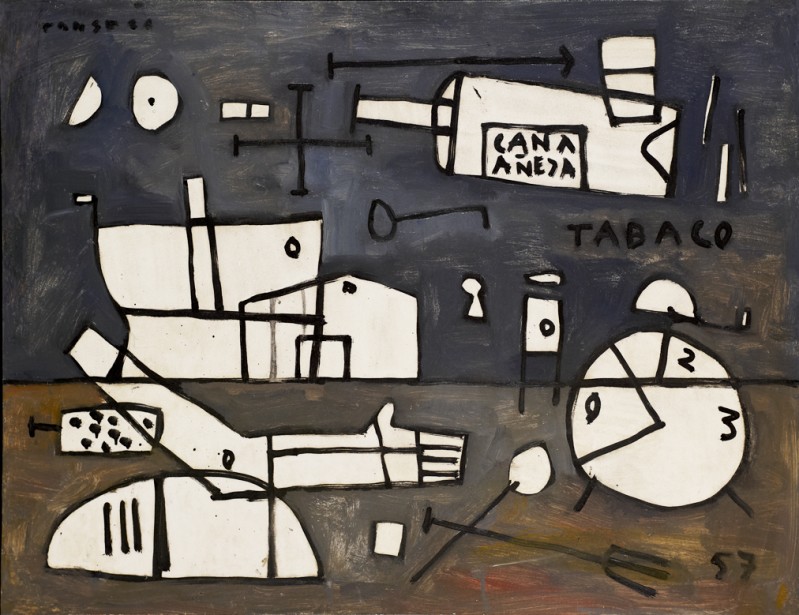 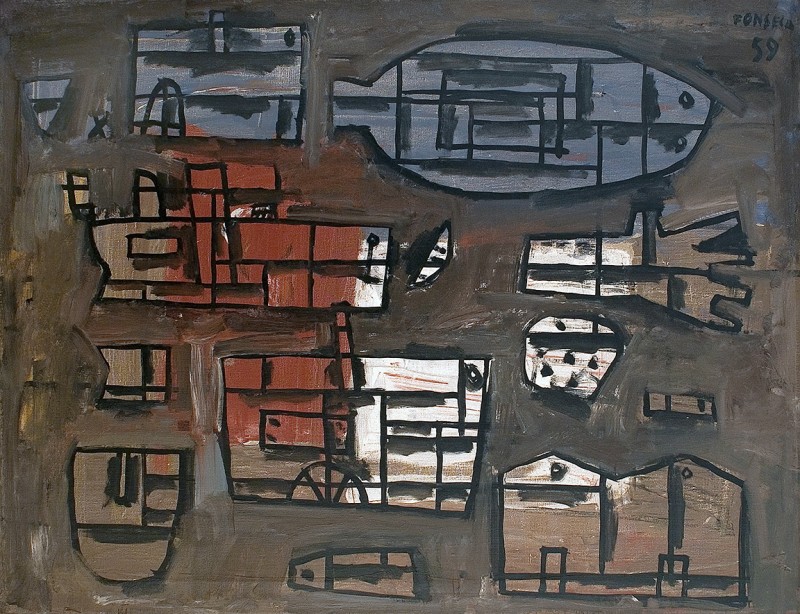 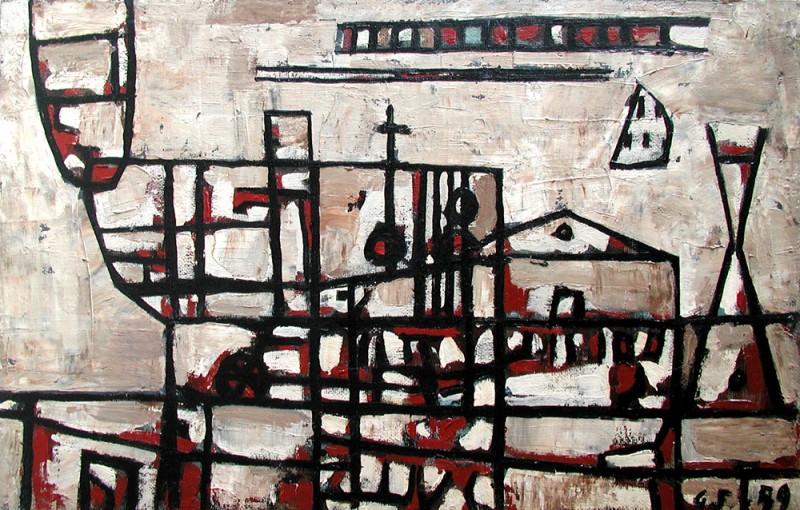 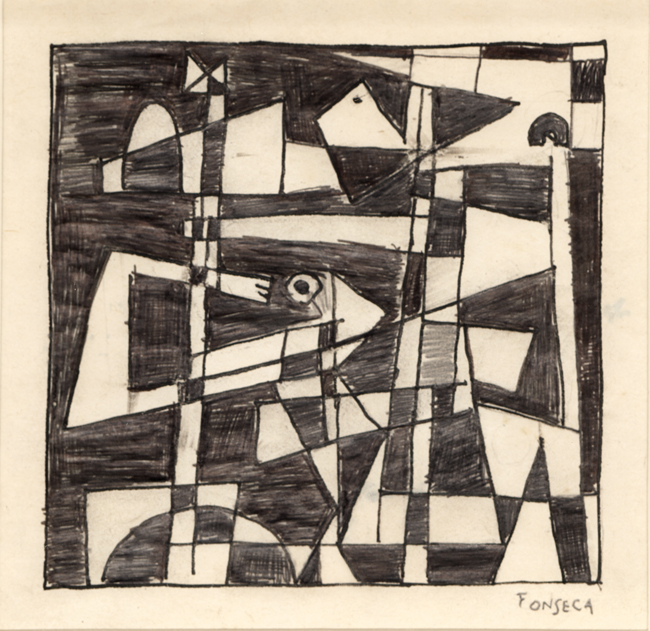 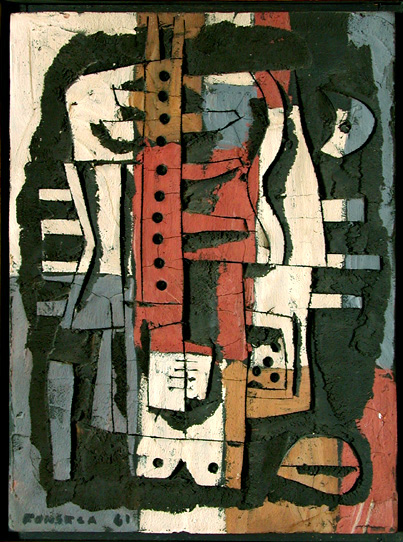 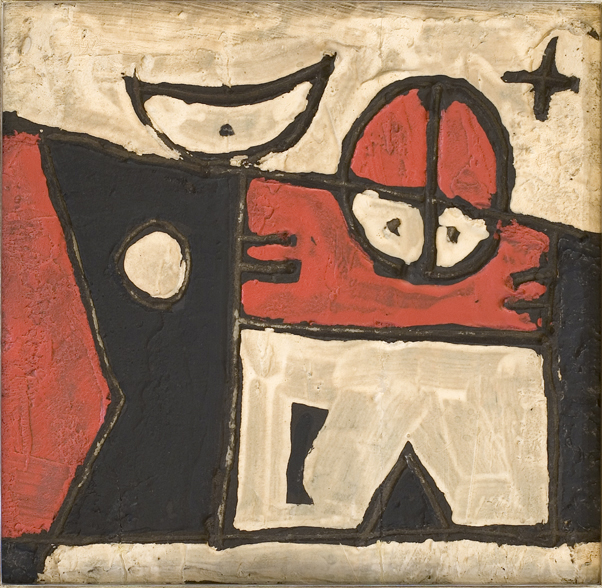 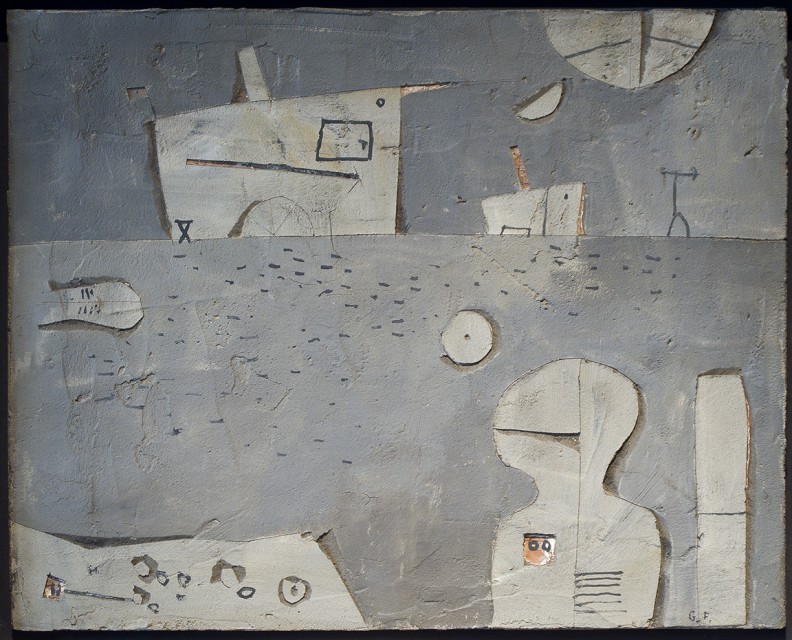 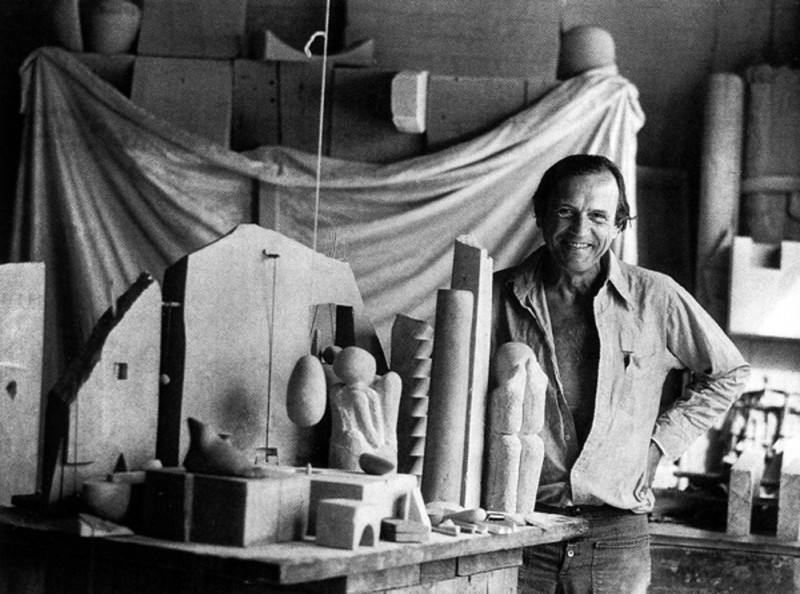 Photograph of Gonzalo Fonseca at his studio, 1980
Photo © Cheryl Rossum

In 1942, Fonseca chose to leave his study of architecture in order to pursue an artistic career.  Working under the direction of Joaquín Torres-García, Fonseca joined the artist's workshop, where he participated in the group's collective exhibitions. In 1945, Fonseca traveled with other Taller Torres-García members through Argentina, Peru, and Bolivia to study pre-Columbian art.  This experience, along with numerous trips throughout Europe, the Middle East, and Egypt during the 1950s, profoundly affected Fonseca's formal and theoretical approach to art.

Although Fonseca left the College of Architecture in Montevideo as a young man, an emphasis on structure and architectonics is present throughout his oeuvre. As a teenager, he taught himself to sculpt in stone and later returned to sculpture after studying ceramics in Spain in 1953.

Fonseca moved to the United States in 1958, settling in New York. He later spent his time between New York and Italy, where he created large-scale marble sculptures. In 1965, Fonseca contributed a playground and site-specific sculptures to the Lake Anne Village Center in Reston, Virginia, a collaborative project with architects James Rossant and William Conklin. He was invited to create a monumental concrete tower for the 1968 Mexico City Olympics, and he also participated in the Faret Tachikawa Fund project in Tokyo, Japan in 1995. Fonseca also illustrated books by authors including Jorge Luis Borges, Thomas Mann, Rainer Maria Rilke, and Michel de Montaigne.

At the Noguchi Museum, Worlds of Stone Fuse the Physical and the Dreamlike - The New York Times, Feb. 1, 2018

Carly Olson, Gonzalo Fonseca's Mini-Architecture Gets a Moment in the Spotlight, The Architectural Digest, November 14, 2017 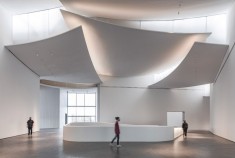 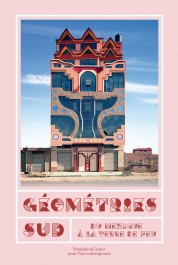 We are pleased to announce Joaquín Torres-García, Gonzalo Fonseca and Cesar Paternosto's participation in the following exhibition: 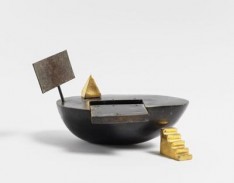 Gonzalo Fonseca at the Noguchi Museum

We are pleased to announce Gonzalo Fonseca's current exhibition: