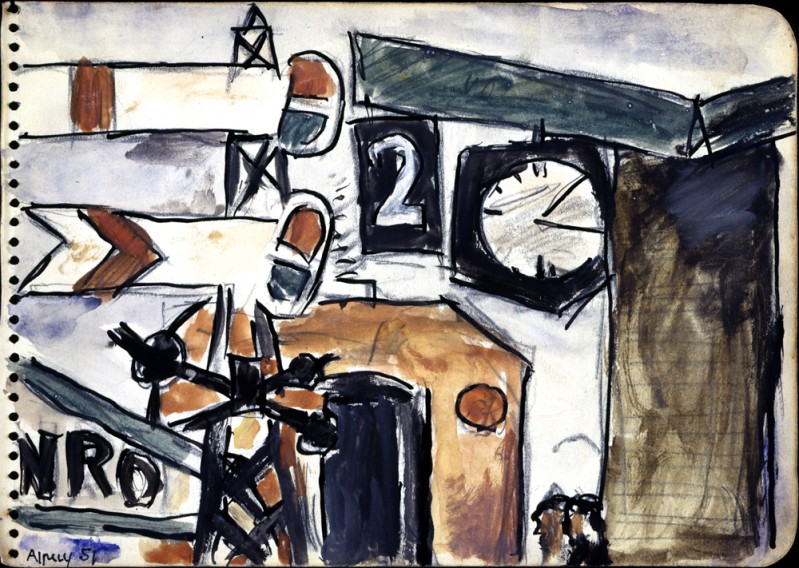 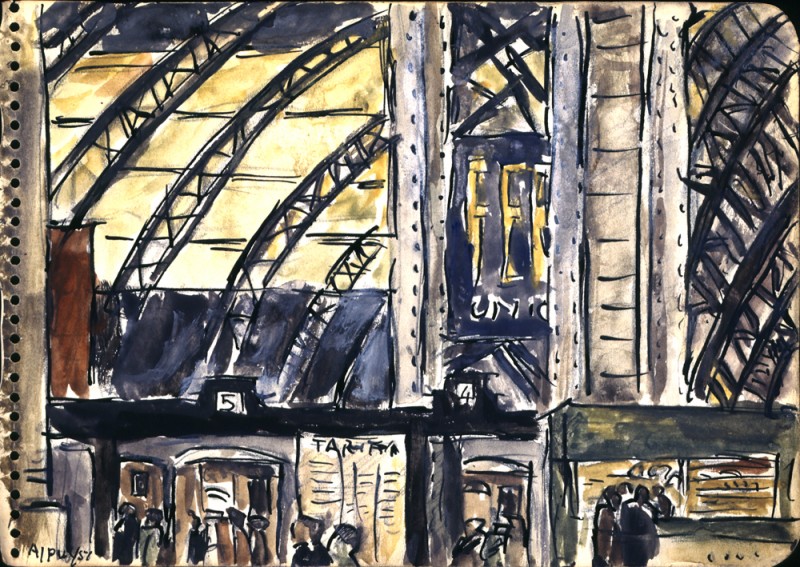 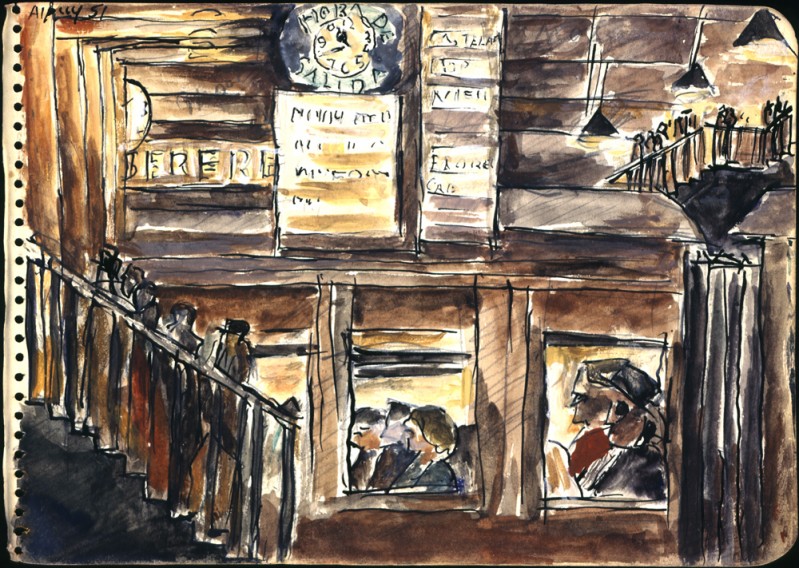 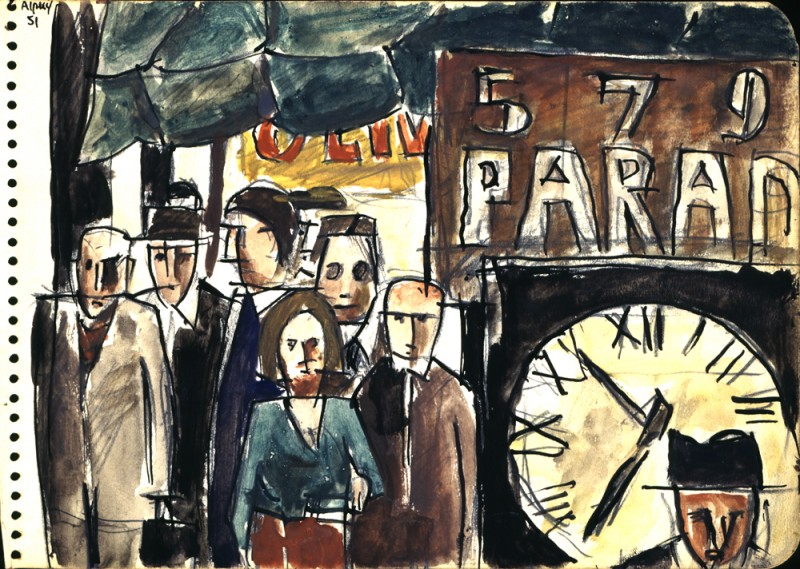 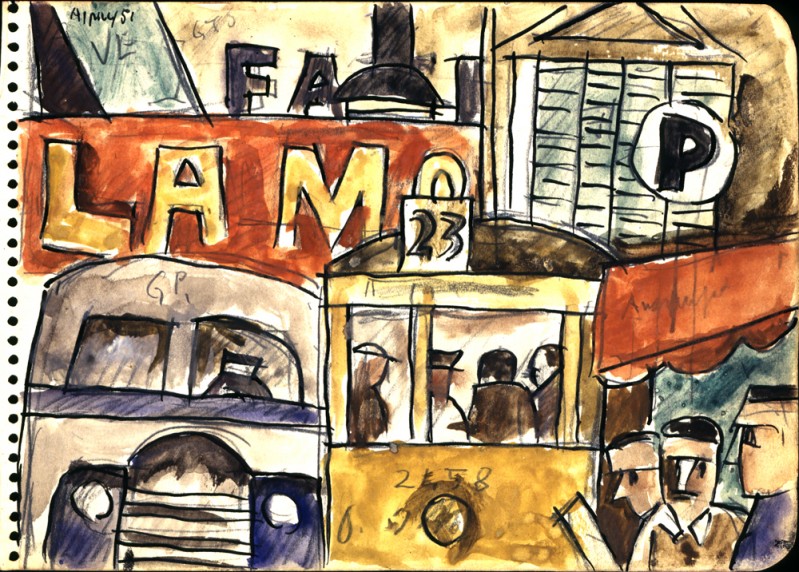 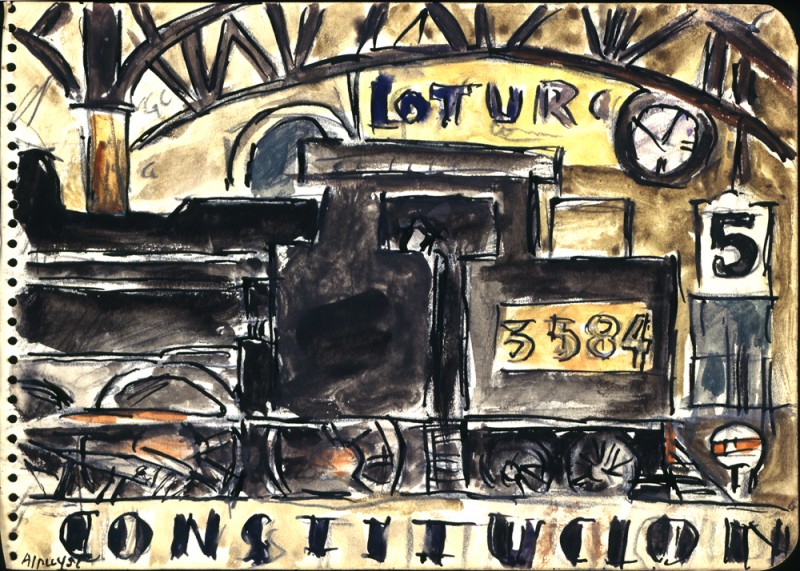 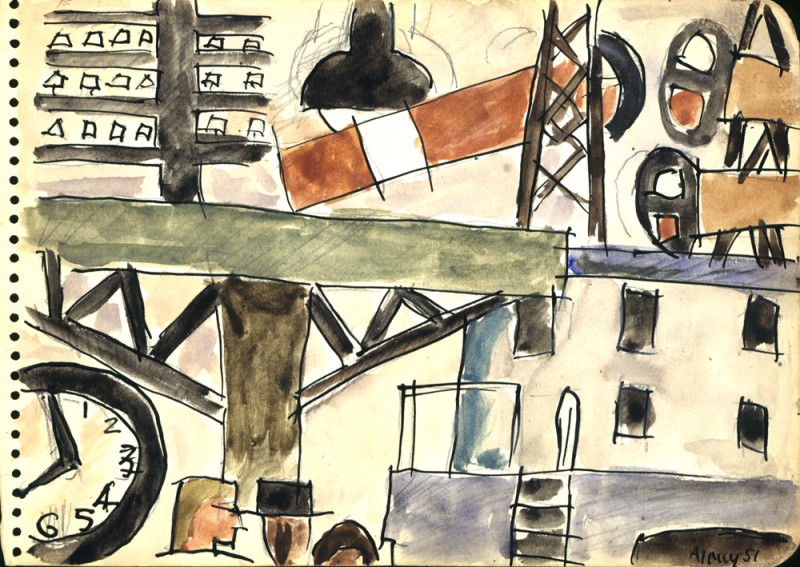 This gallery show which encompassed Alpuy's travel sketches in Europe (Rome, Venice, Paris), studio watercolors from Caracas and Bogotá and fifteen impressions from Buenos Aires complemented the retrospective: Journeys of Julio Alpuy, that was on exhibit at the Sidney Mishkin Gallery of Baruch College, City University of New York.

"... The 45 paintings and sculptures presented ... trace his journeys, both visual and geographic, from the defining grids characteristic of works from his days as a student and then a teacher at El Taller to the implied verticals and horizontals of Alpuy's narratives after his move to New York City in 1961. Alpuy's long journey from Montevideo to New York included travels through Latin America, Europe, and the Middle East during the 1950s as he refined his own variation of Constructivism. These international travels helped to establish the universal language of landscapes, figures, and objects central to his visionary abstractions. A series of legendary narratives based on the story of Genesis demonstrate the originality of Alpuy's visual constructions. Alpuy merits serious independent consideration both for his importance as a teacher within the circle of artists linked to Torres-García and for his development as a visionary artist of great power and insight." - excerpted from the catalogue essay by Sandra Kraskin, Director, Sidney Mishkin Gallery

"In the past few months New Yorkers have been given an unusual opportunity to reassess, or even familiarize themselves with the work and influence of Joaquín Torres-García. Journeys of Julio Alpuy is the first major exhibition in many years of art by Alpuy, and the paintings and sculpture, arranged chronologically, reveal a definite evolution. ...paintings sometimes lose their overriding grid altogether, and in the 1980s he exhibits a personal figurative style based on his own variations of archetypal images... His reliefs, such as Genesis I often take on an almost painterly appearance. His sculptures in the round like Spirit of Life, present both simple monumentalized forms and exacting minute details. It is in works like these that he manages to not merely imitate Torres-García's example, but rather to assimilate it into his own visual language." - excerpted from John Angeline's review, Art Nexus, January, 1998